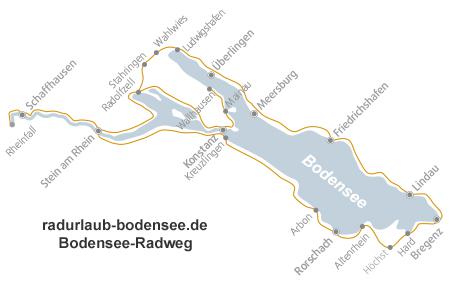 This truly international long-distance cycle path, which takes cyclists through Germany, Austria and Switzerland is approximately 260 kilometres long. Recent surveys, which are not without controversy, estimate that more cyclists now choose the Lake Constance Cycle Path than the classic Danube Cycle Path from Passau to Vienna. Anyone who has visited the area understands the popularity of this exceptional cycle path. In contrast to many other cycle paths, there are no overly long stretches leading through nature, but instead interesting sights alternate with cafes and beer gardens. Therefore you should plan shorter day stages (30-50 km) than usual.

The Lake Constance Cycle Path takes you along the lake in close proximity to its shore and through all lake-side communities. This is not applicable between Constance-Wallhausen and Bodman, where there is a cycle path next to a county road, which leads high over the Bodanrück peninsula and therefore is not used commonly. Instead, many cyclists chose the route Radolfzell-Stahringen-Ludwigshafen, which connects Lower Lake Constance to Lake Überlingen. There are several routes that can be used to cross the Rhine Delta, however, these will not take you along the lake. Even though it is not strictly speaking a part of the Lake Constance cycle path, the route along the High Rhine to the Rhine Falls is very popular. 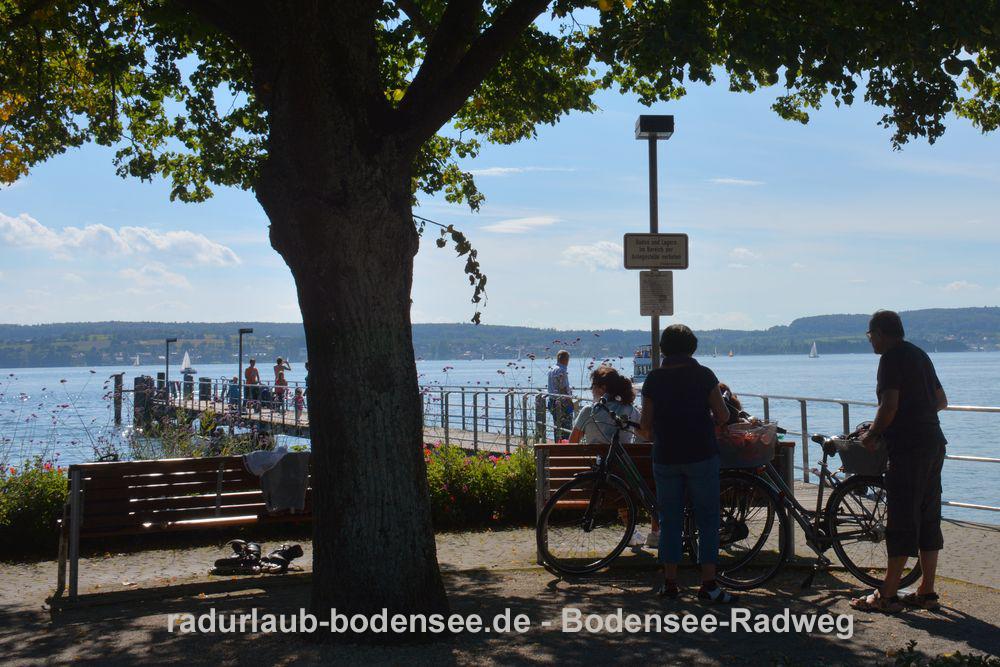 The Lake Constance Cycle Path mostly uses separate paths and is well asphalted. Only a few short stretches for example between Uhldingen and Meersburg and one of the options in the Rhine Delta are water-bound. However, these are easy to avoid so that the cycle path is mostly suitable for Inline Skates. On the Swiss side there is a separate Inline Skate route. In Switzerland, mostly in towns and villages, there are also some short stretches where the Cycle Path runs along a separate lane on the road. The Lake Constance Cycle Path is least pleasant for the approximately 5 kilometres between Fischbach and Friedrichshafen. While it uses a separate path, it runs along a heavily-frequented main road. South German and Swiss cyclists find the Lake Constance Cycle Path pleasantly flat, but for North German and Dutch visitors some areas along the Lower Lake, the High Rhine and the direction towards Island Mainau/ Wallhausen can seem slightly hilly. 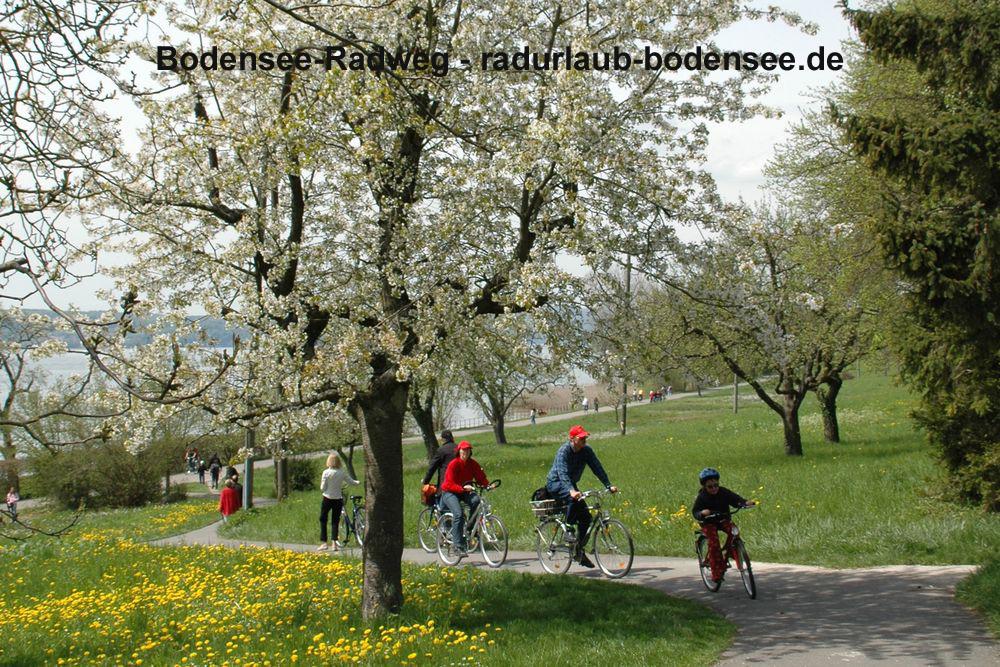 The Lake Constance Cycle Path is suitable even for less-experienced cyclists, as well as for small children on their own bikes. Specialist bikes are not necessary - 3-gears are more than sufficient, but of course you will also enjoy cycling on your new touring bike or on an E-Bike. Only ambitious racing cyclists have to accept some restrictions, but there is always the option of using good roads instead. 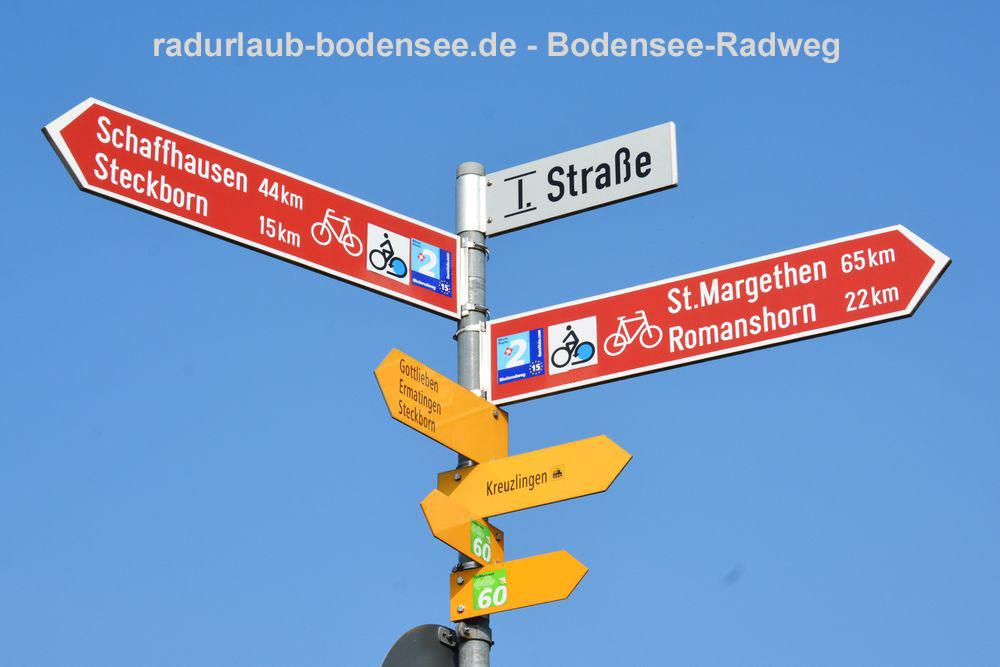 The Lake Constance Cycle Path is extensively, but not (yet) consistently signposted. The cycle path can be slightly difficult to find in some larger towns, especially in Constance. Here a map is helpful.