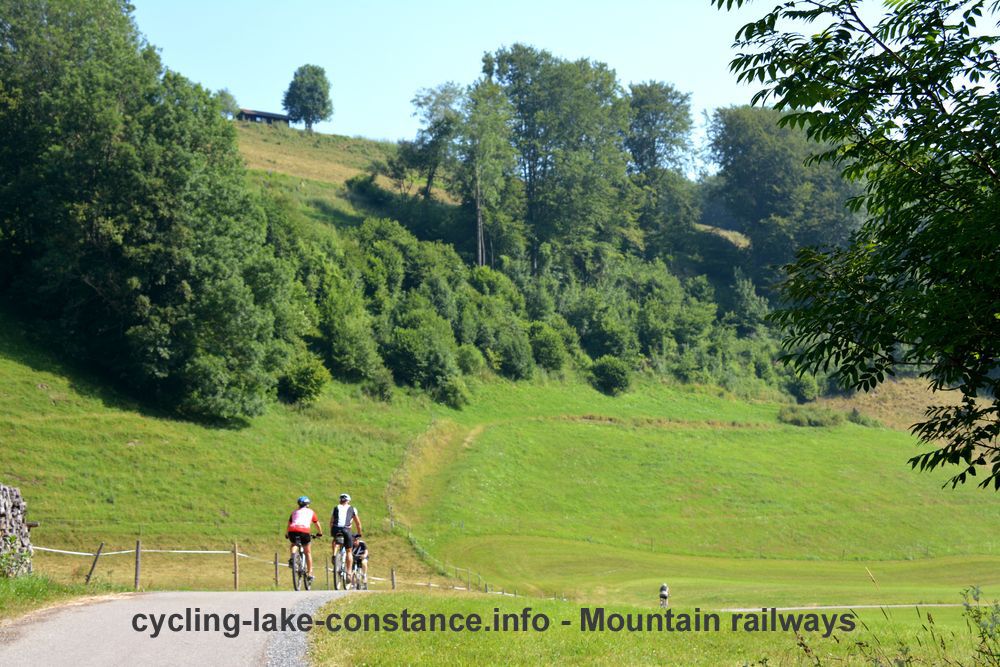 Most cyclists don't like torturing themselves up mountains, but they love freewheeling down them with the wind in their hair and enjoying incredible views at ease. There are two mountain railways on Lake Constance and a cable car that provide cyclists with an easy way up the mountain and beautiful views of the lake. 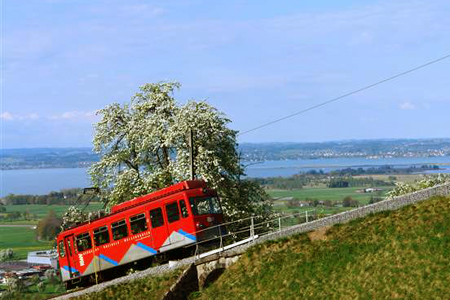 Walzenhausen-Rheineck Rack-and-Pinion Railway
Originally composed of a tram and cable car, today's rack-and-pinion railway was not invented until 1958. In unusual carriages, the train takes you from the station in Rheineck high up into the Appenzell countryside at a fast walking pace. Bikes can be taken on the train.
The Round Trip through Appenzell is very popular. 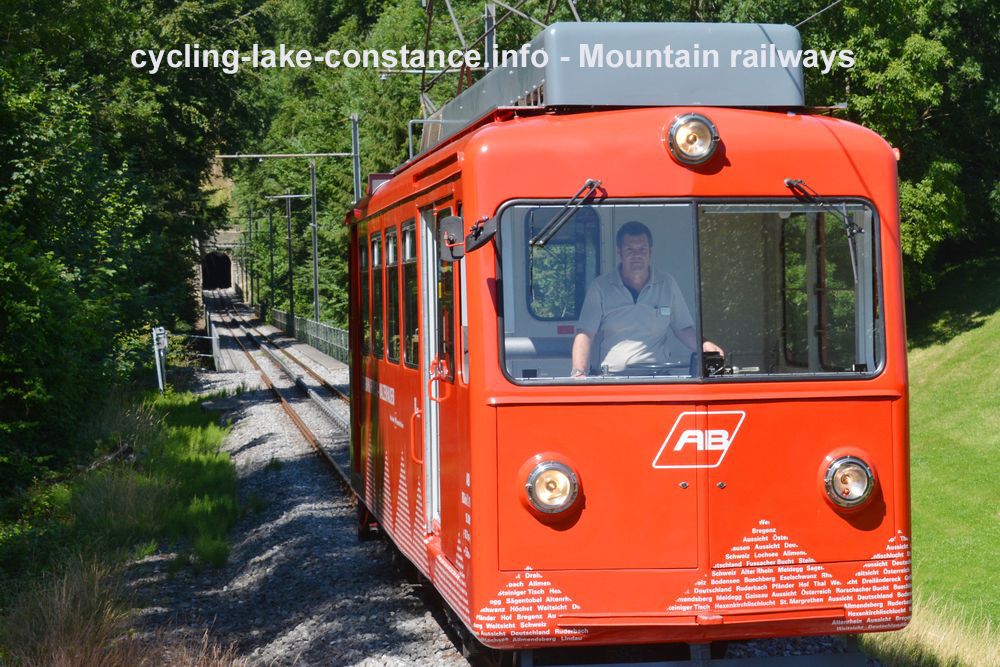 Timetable of the Rheineck-Walzenhausen railway as pdf-file 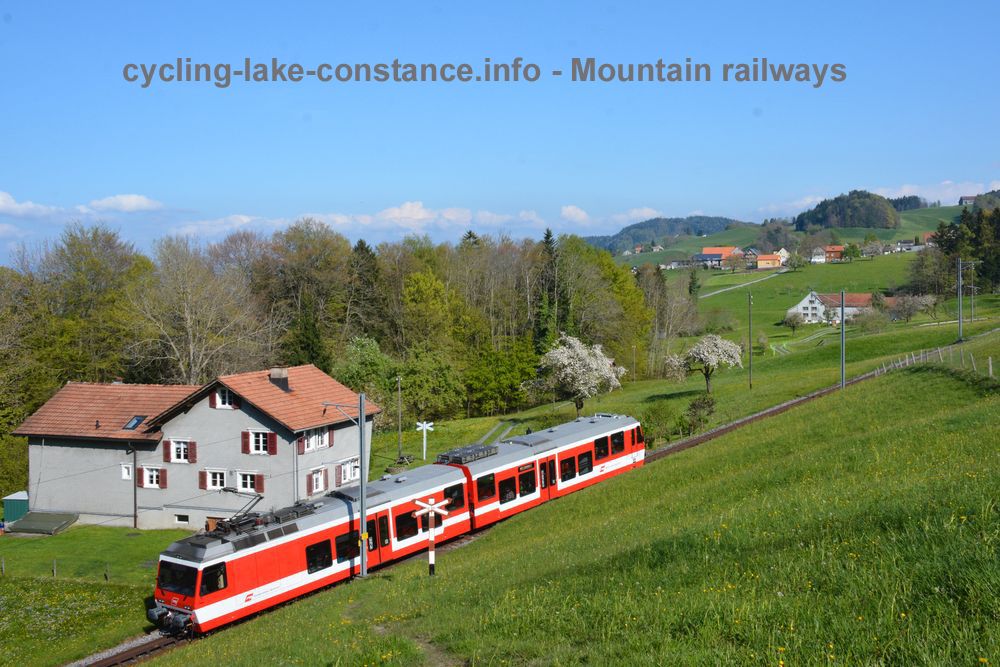 Rorschach-Heiden Rack-and-Pinion Railway
Dating back about 140 years, the mountain railway takes you from the harbour in Rorschach to the Appenzell Biedermeier village of Heiden, which has been known widely for its benefits as a spa and was also home to the founder of the Red Cross, Henry Dunant. In either modern coaches or historic open summer wagons, pushed by the steam locomotive Rosa 3, the railway takes you up 400 metres. Bikes can be taken on the train.
The Round Trip through Appenzell is very popular. 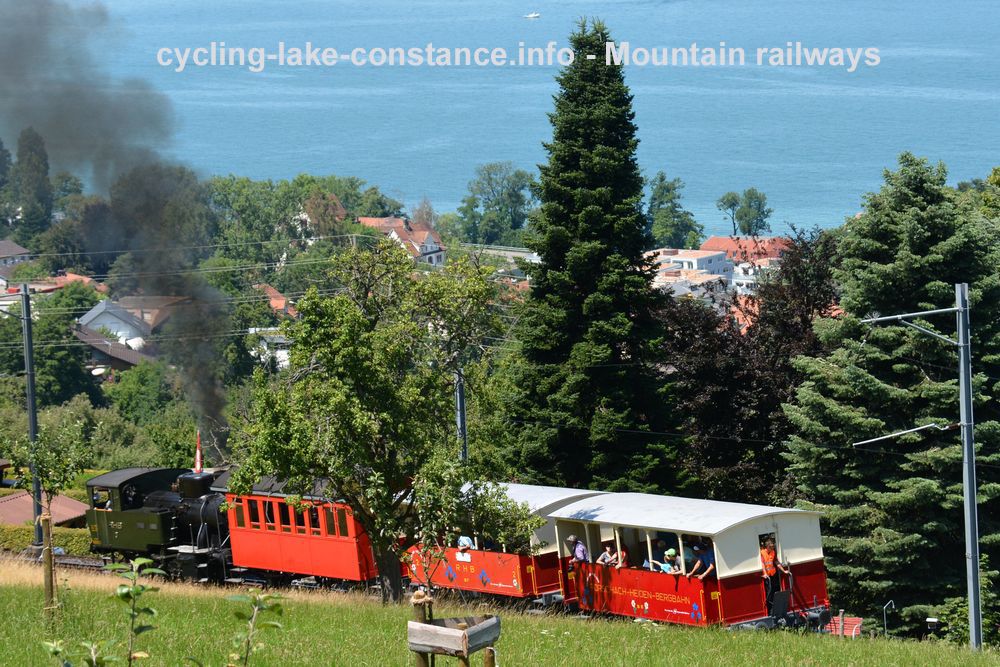 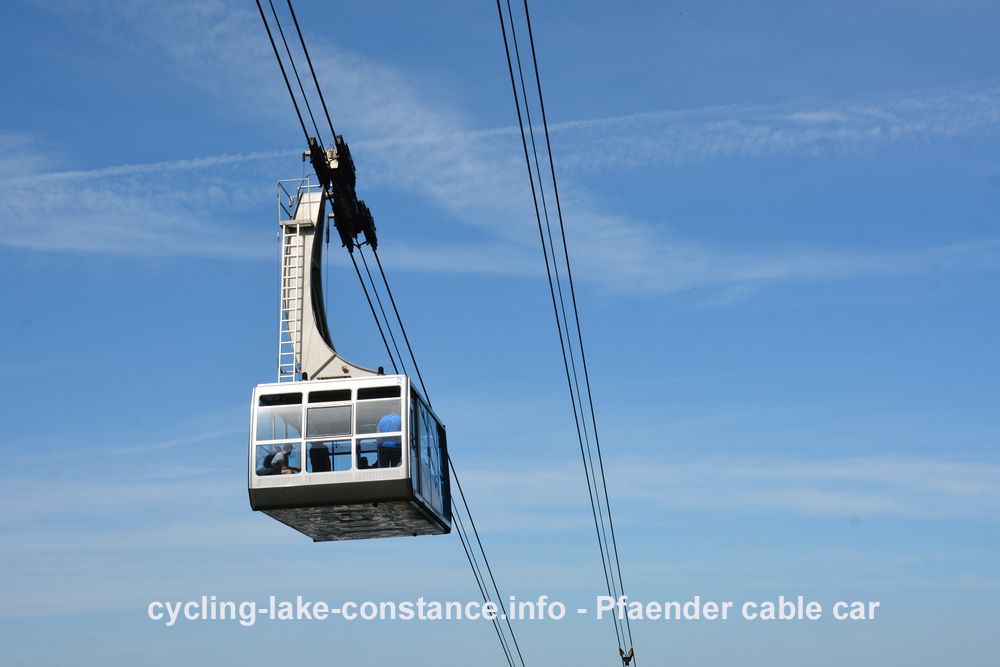 Pfänder Cable Car in Bregenz
The cable car was opened in 1927 and since then has been carrying as many as 80 passengers in 2 large carriages up Bregenz's mountain, the Pfänder, taking 6 minutes for the journey. The mountain is 1064 metres high. From the summit you can see 240 other Alpine peaks. It is probably the most famous viewpoint on Lake Constance. Bikes can also be taken up by the cable car, and even free of charge between 8 and 10 am. More information can be found directly by Pfänder Cable Car. 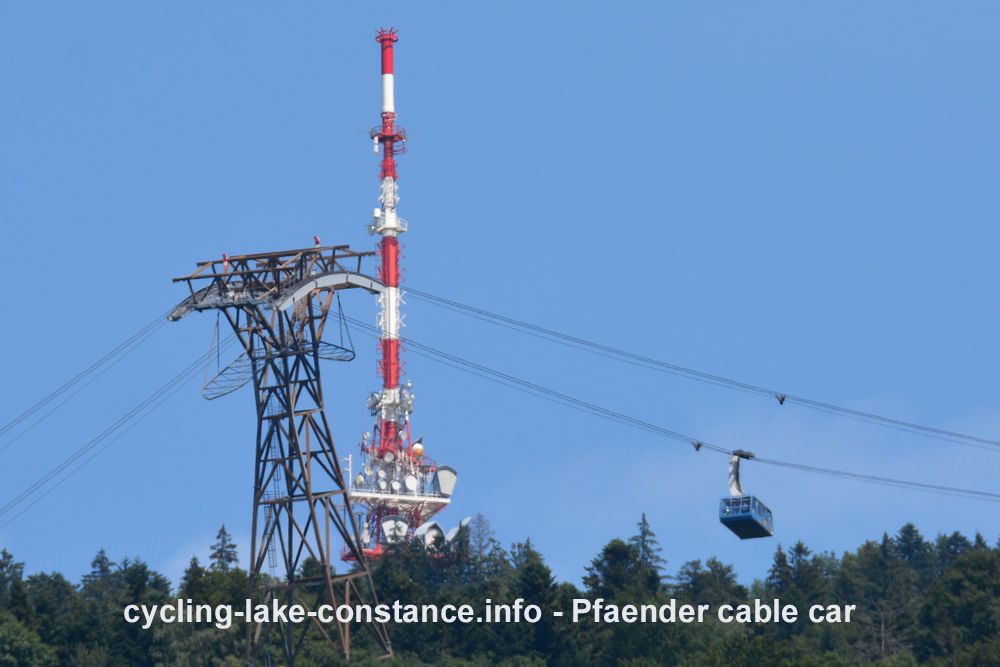